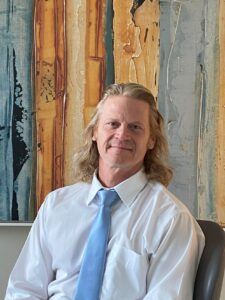 I am often contacted by nervous parents who state that their ex has filed (or is about to file) an Ex Parte Application concerning modifying or creating a child custody order in Family Law Court. Often after I listen to their story, I am able to tell them to relax. The most common reason I see unrepresented parties file Ex Parte applications is because the parties do not presently have a custody order.

California Rules of Court 5.151 states the court can

(1) Make orders to help prevent an immediate danger or irreparable harm to a party or to the children involved in the matter;

(2) Make orders to help prevent immediate loss or damage to property subject to disposition in the case; or

(3) Make orders about procedural matters, including the following:

(A) Setting a date for a hearing on the matter that is sooner than that of a regular hearing (granting an order shortening time for hearing);

(B) Shortening or extending the time required for the moving party to serve the other party with the notice of the hearing and supporting papers (grant an order shortening time for service); and

(C) Continuing a hearing or trial.

The applicant must include child custody or parenting time under California Family Code 3064, it must:

(A) Provide a full, detailed description of the most recent incidents showing:

(i) Immediate harm to the child as defined in Family Code section 3064(b); or

(ii) Immediate risk that the child will be removed from the State of California.

(B) Specify the date of each incident described in (A);

(C) Advise the court of the existing custody and visitation (parenting time) arrangements and how they would be changed by the request for emergency orders;

(D) Include a copy of the current custody orders, if they are available. If no orders exist, explain where and with whom the child is currently living; and

(E) Include a completed Declaration Under Uniform Child Custody Jurisdiction and Enforcement Act (UCCJEA) (FL-105) if the form was not already filed by a party or if the information has changed since it was filed.”

A party seeking emergency orders and a party providing written opposition must serve the papers on the other party or on the other party’s attorney at the first reasonable opportunity before the hearing. Absent exceptional circumstances, no hearing may be conducted unless such service has been made. The court may waive this requirement in extraordinary circumstances if good cause is shown that imminent harm is likely if documents are provided to the other party before the hearing. This rule does not apply in cases filed under the Domestic Violence Prevention Act.

(b) Service of temporary emergency orders

If the judicial officer signs the applicant’s proposed emergency orders, the applicant must obtain and have the conformed copy of the orders personally served on all parties.”

If you read the Ex Parte Application and decide to oppose it you should do it in writing. Many California Superior Courts decide ex partes without argument or an in person hearing. The Courts often decide the ex parte based exclusively on the application and any written opposition.

Answer: If you were served with the order denying the ex parte and setting the hearing on the request for orders regarding child custody modification, and your ex’s request for modification you need to file a response on Form Fl-320 and you need to appear. If you receive an order to mediation, you must comply with the order. Here is a link to an article which describes how to fill out the FL-320 and other necessary forms and how to serve the forms and file the forms.

You may be able to appear via zoom. It is less of a hassle than appearing in person. Check your county superior court rules on the court website. In Los Angeles County Superior Court Family Law Cases it is easy to appear via zoom for family law hearings on child custody modifications and other matters like child support and spousal support. Here is the link to appear via zoom. Same for  Orange County Family Law Hearings. Here is the OC link for zoom appearances. In other counties such as Alameda and San Mateo if your case is assigned to one of the Family Law Direct Departments, you may need to check the court’s website or the department’s individual webpage for information regarding remote appearances.

If the party against whom the Ex Parte is sought is not served with the order:   If you were not served by your ex with the order denying the ex parte and setting the hearing on the request for orders regarding child custody modification, and your ex’s request for modification , then you do not have notice under the Code of Civil Procedure.  You do not need to appear.

On the date of the hearing the Court will continue the hearing to a date in the futures and again order your ex to have you served. This actually happens a lot. Especially when your ex is not represented by a lawyer. BUT, if you are ready you can appear on the hearing date and engage in the mediation.

The reader may be asking themselves: “How would the other party know anything about the Ex Parte?”

The answer is the applicant often threatens their ex and states that they intend to file an Ex Parte and armed with the knowledge of the threat the other party checks the court case themselves on the court’s website. Happens all the time.

Summary: Don’t panic if you receive notice of an Ex Parte application. Unless there is evidence of immanent danger to a child or evidence of some harm to the child that cannot be undone the court will not grant the Ex Parte.